This Section is still being compiled. It will illustrate the life of the Park, the activities that take place there and the wildlife that make it home. The first Subsection - Before the Park - is shown here. Other Subsections will follow in due course. 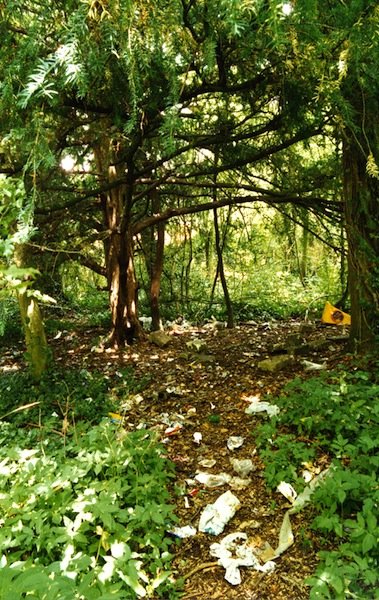 Before the Park
The pictures provide a flavour of the neglected, derelict, overgrown and dark state of the site, including its crumbling eastern boundary wall, before the Park was established. Morritts, the developers, were the owners at the time, having purchased the site several decades earlier from Mr Wheeler. Main features of the 1970s, 80s and early 90s were fly-tipping, graffiti, self-sown sycamore and ash saplings as well as tree-root invasion of the wall. The site was a haunt favoured by 'drop-outs'.
10 images 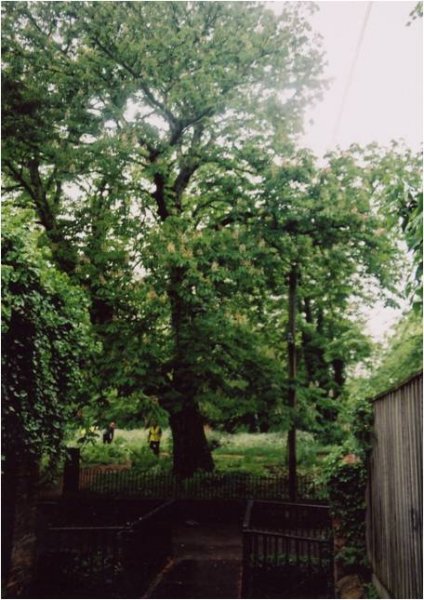 Burning Brashings
The pollarding of the iconic Horse Chestnut tree at the bottom of Betjeman Lane. The tree had become unsafe due to a combination of old age and invasion by leaf miners.
5 images

Drama in the Park
4 images

From rumpled beds on far-off new estates,
From houses over shops along the square,
From red-brick villas somewhat further out
Ringers arrive, converging on the tower.